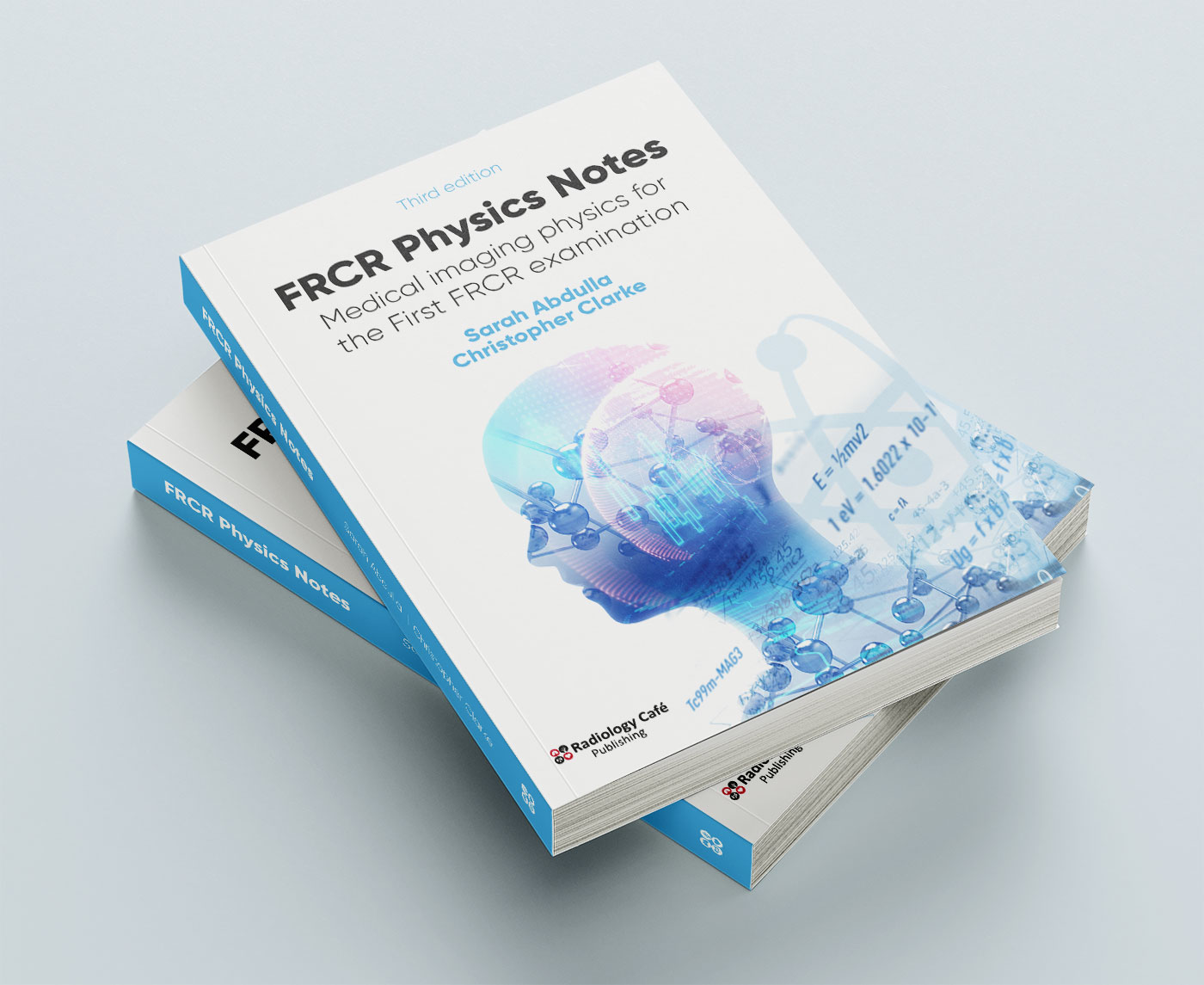 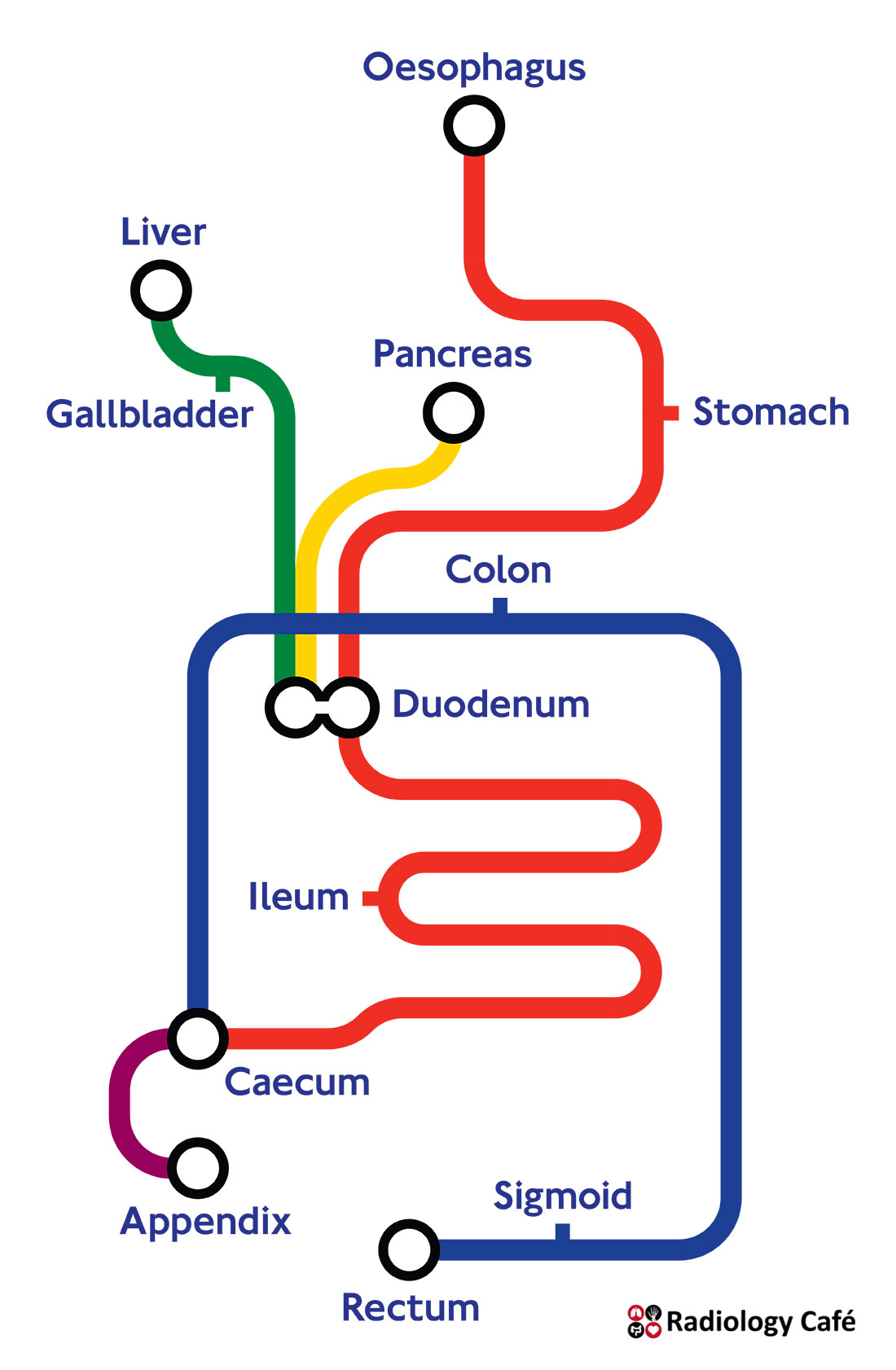 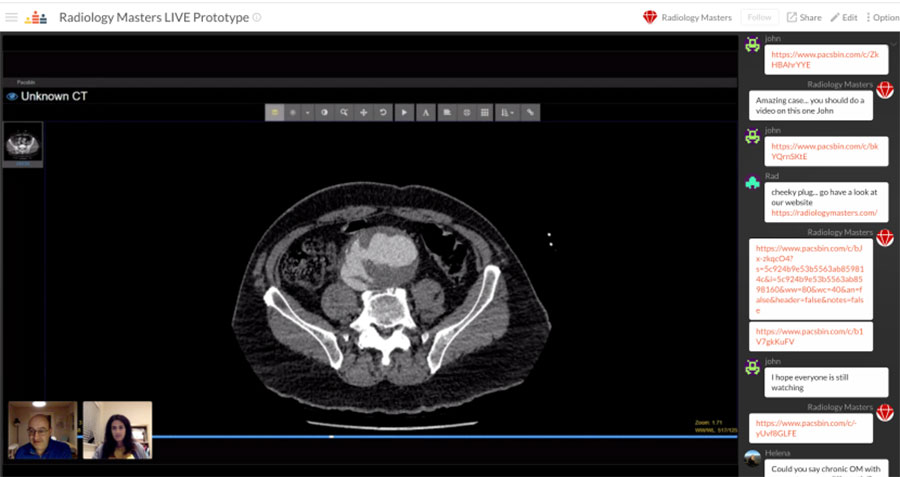 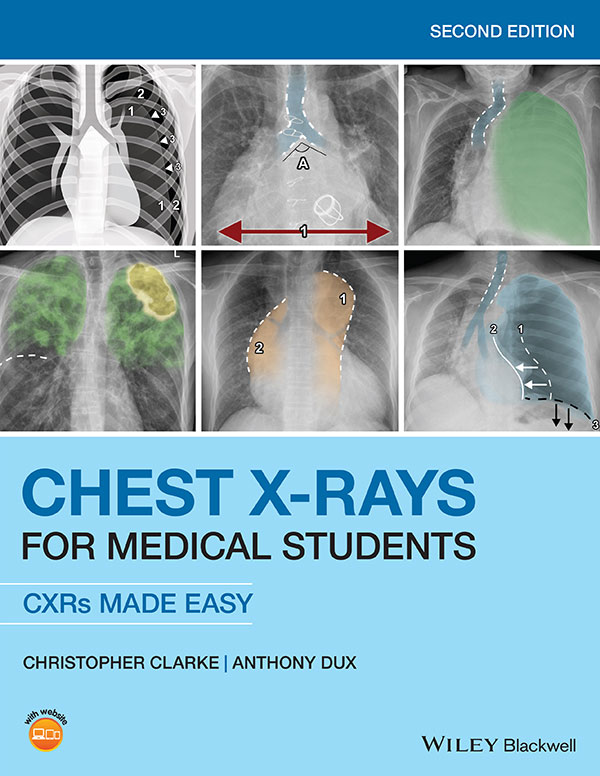 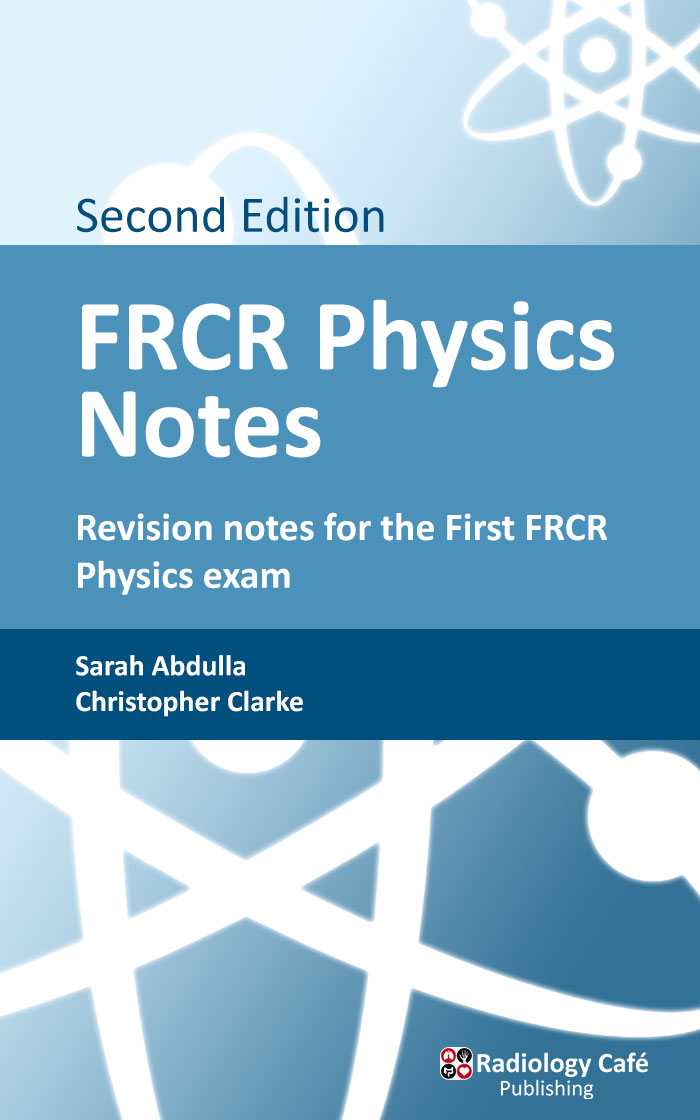 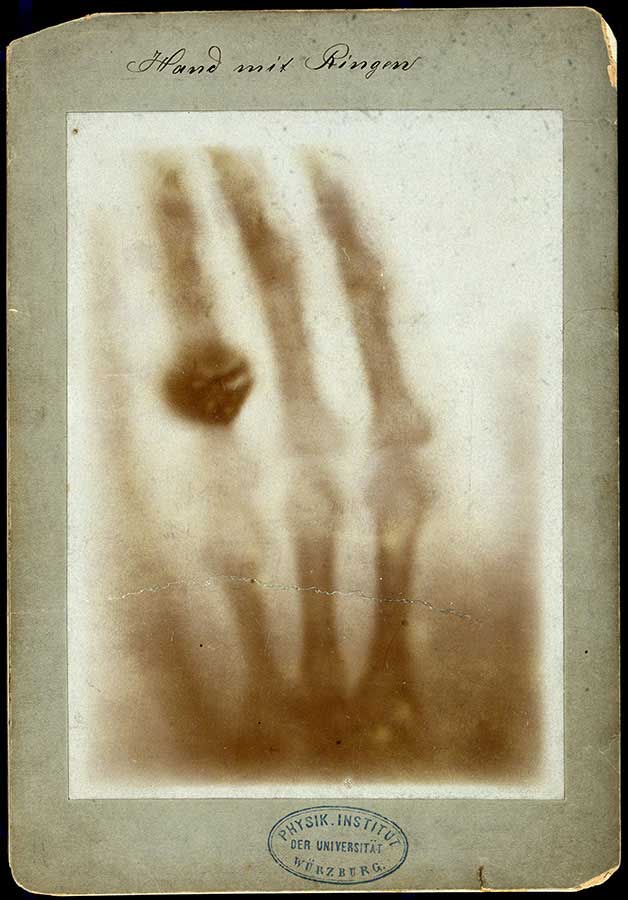 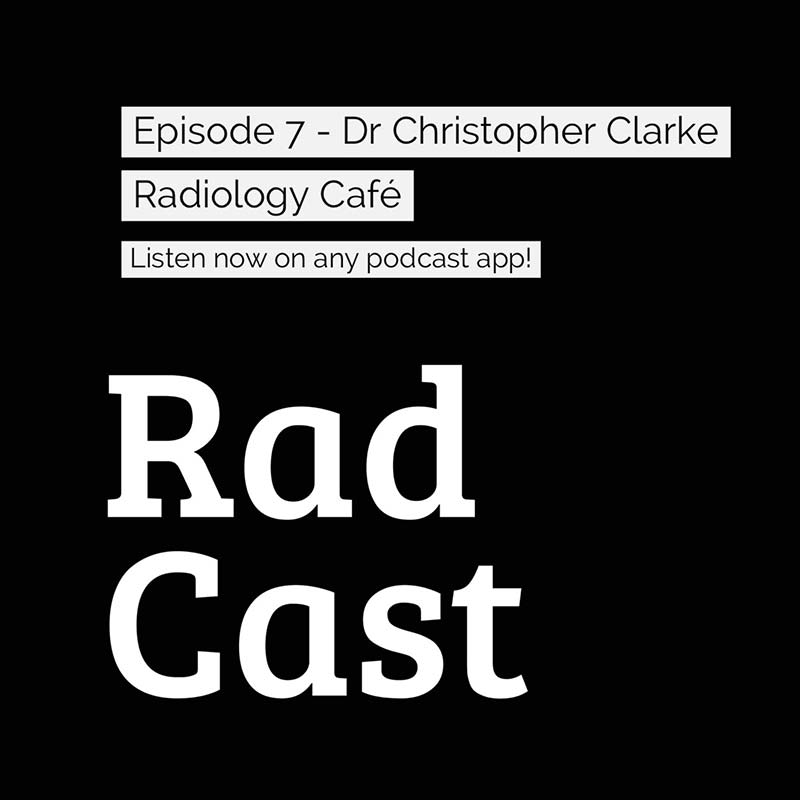 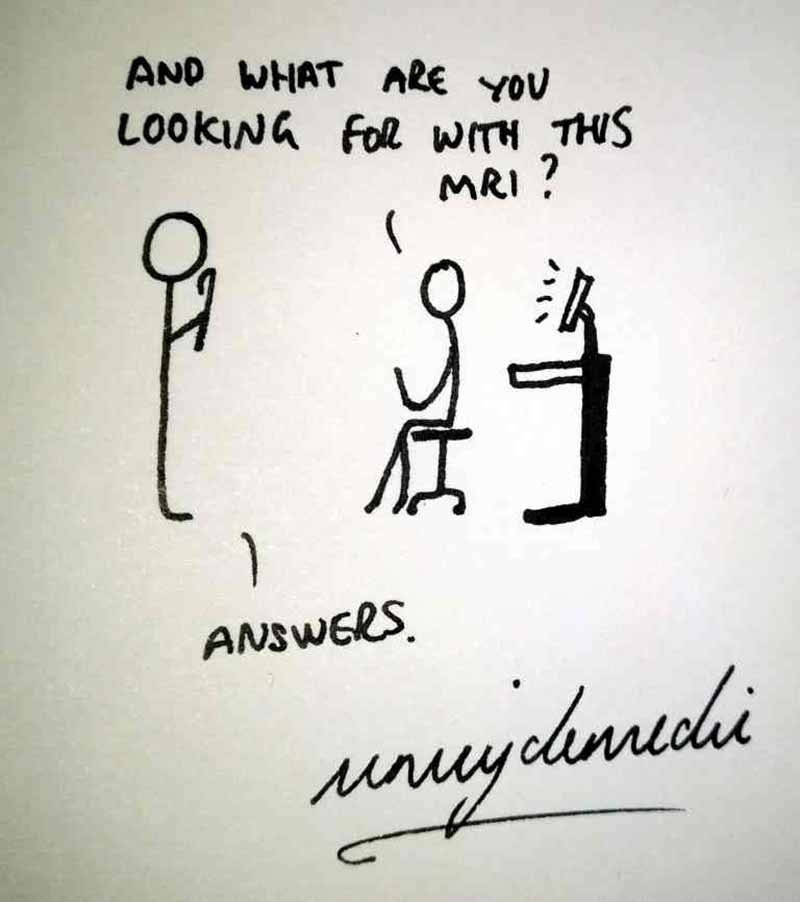 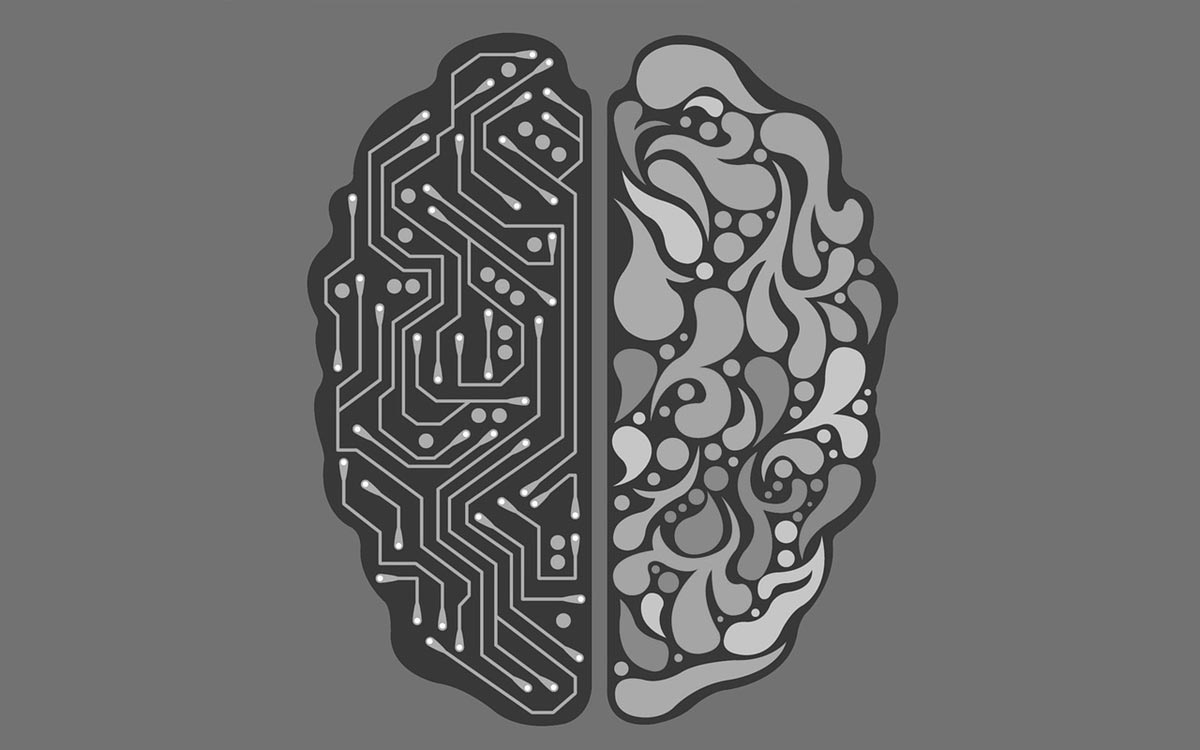 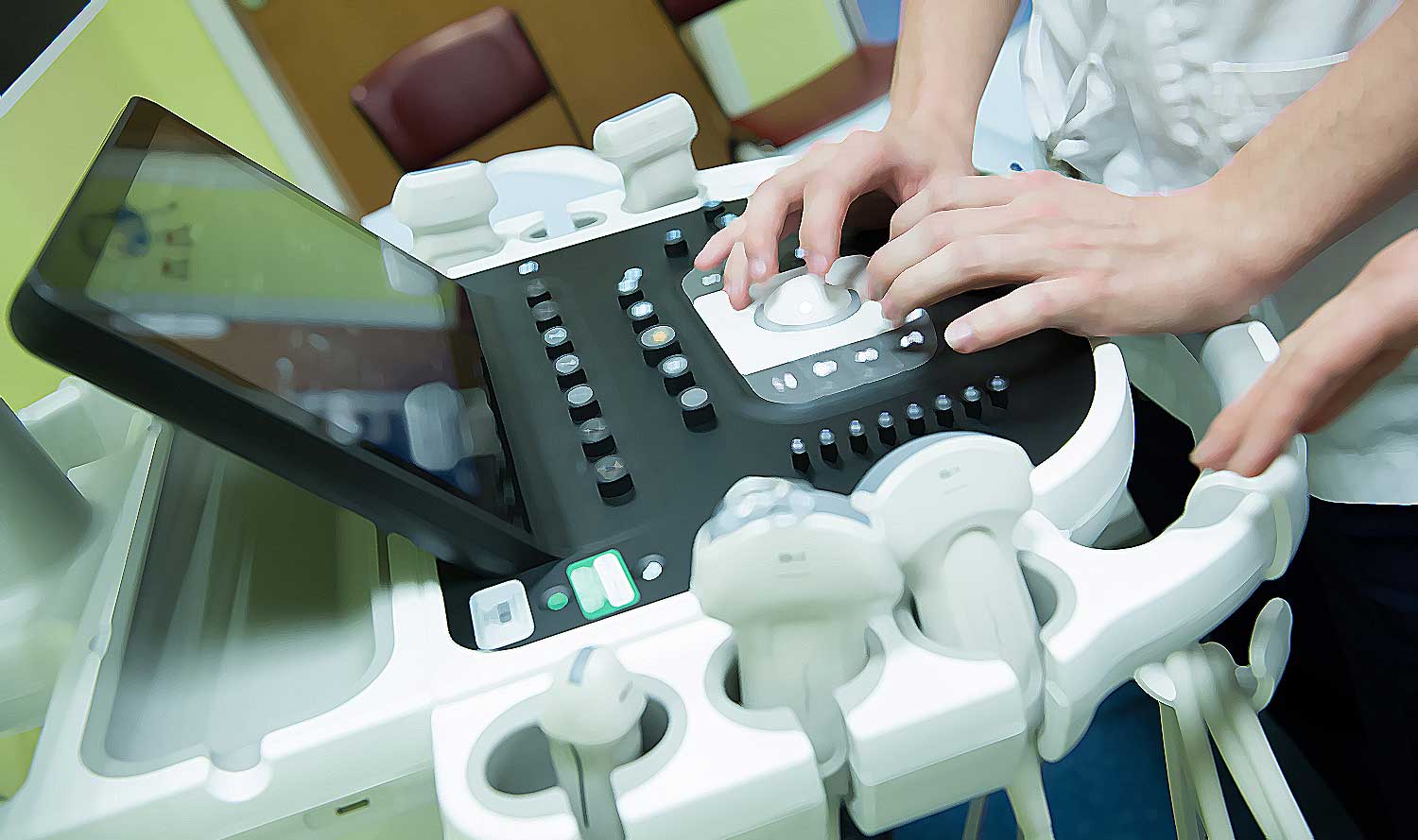 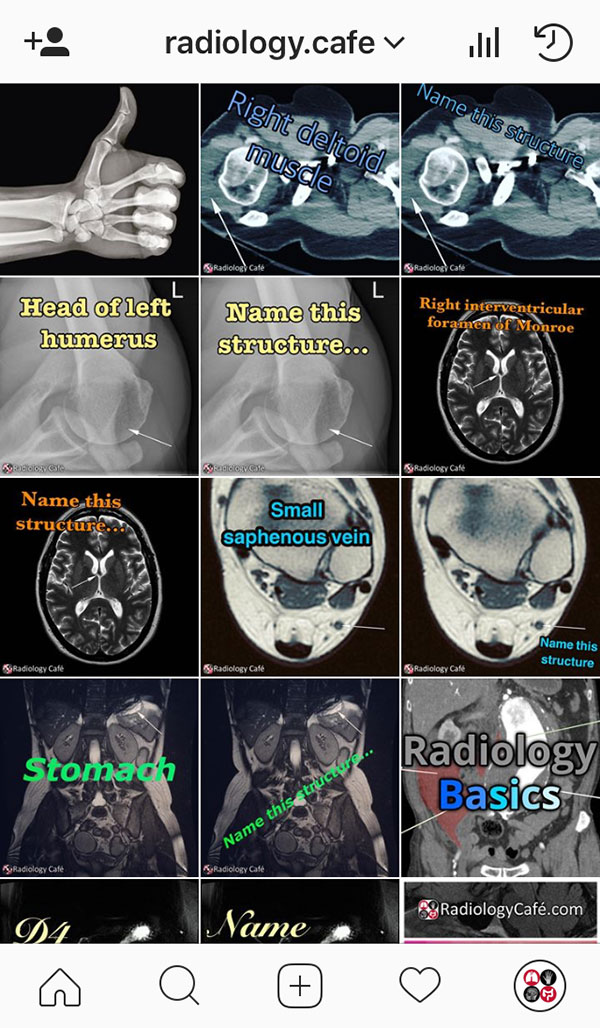 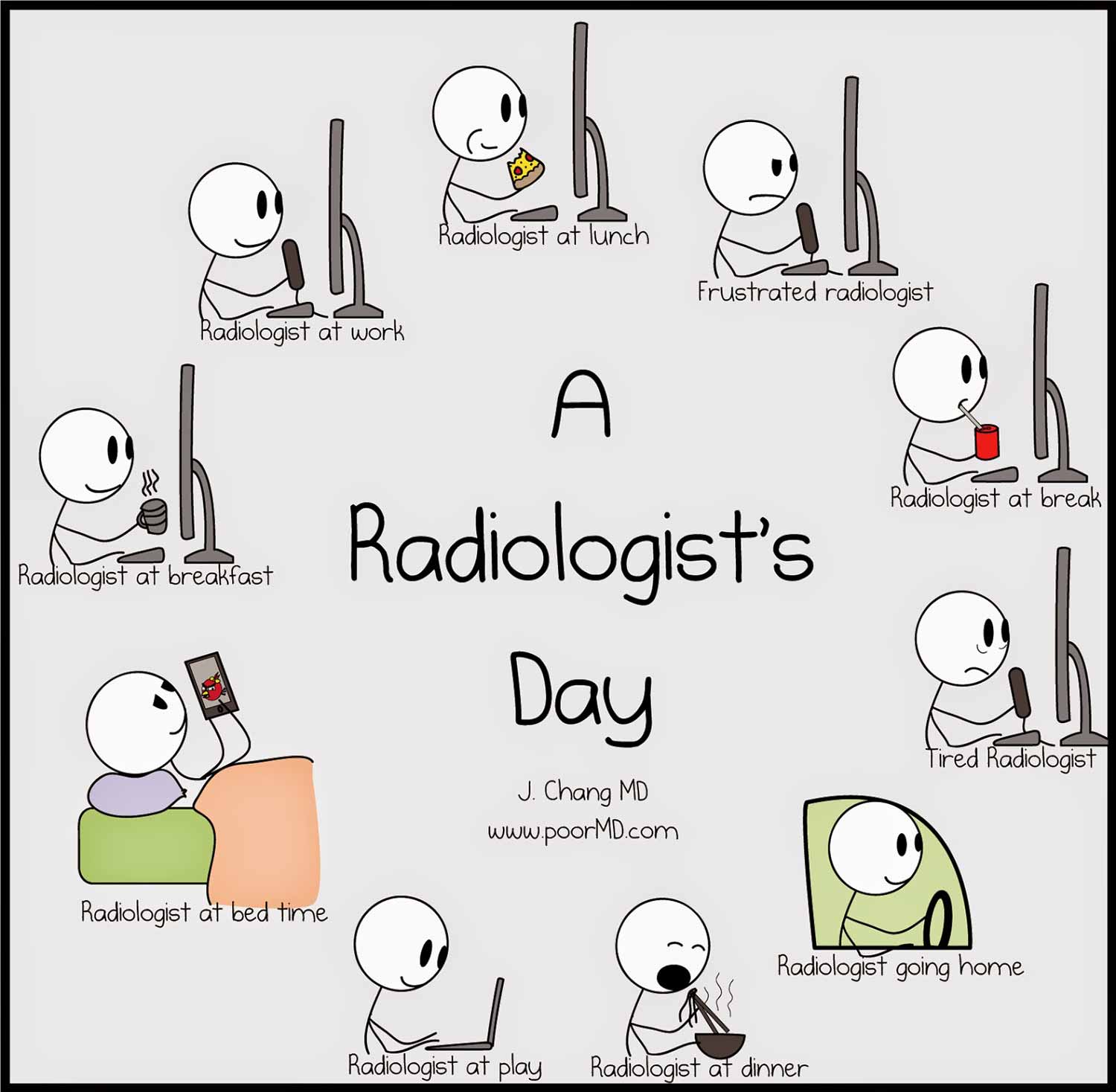 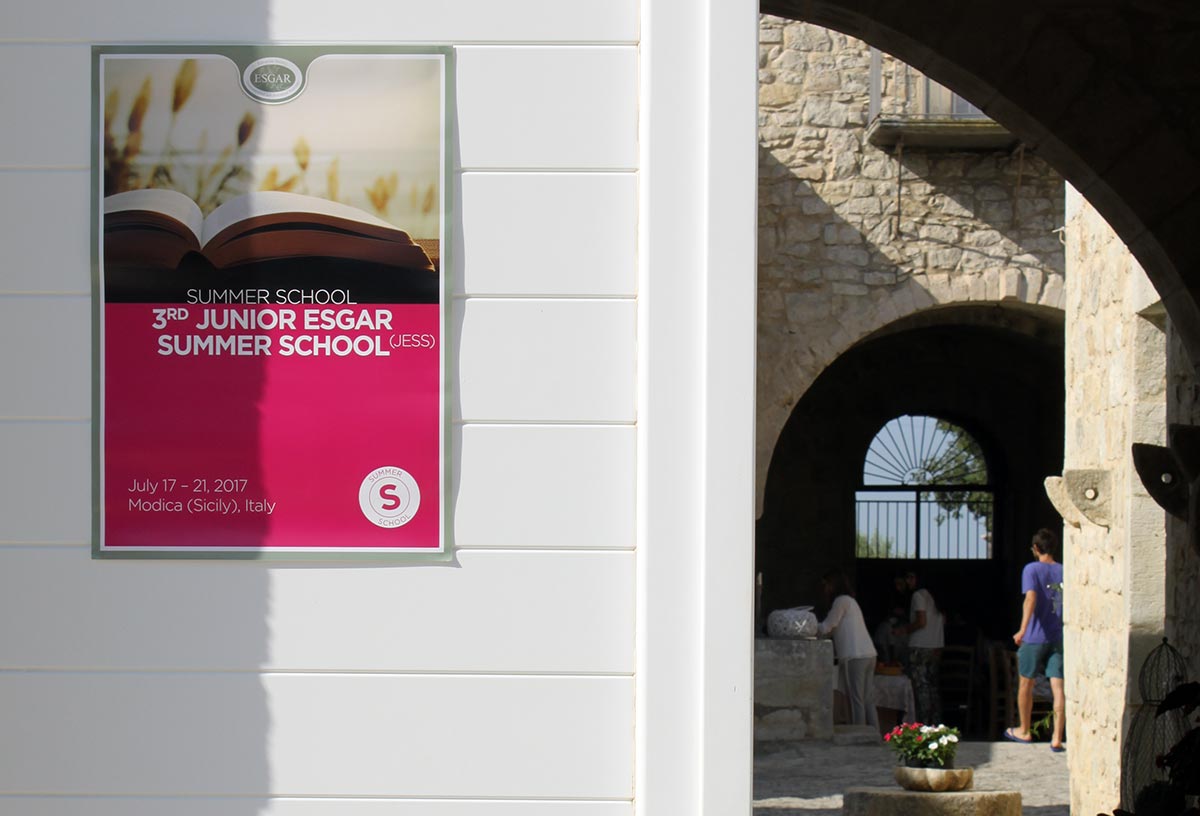 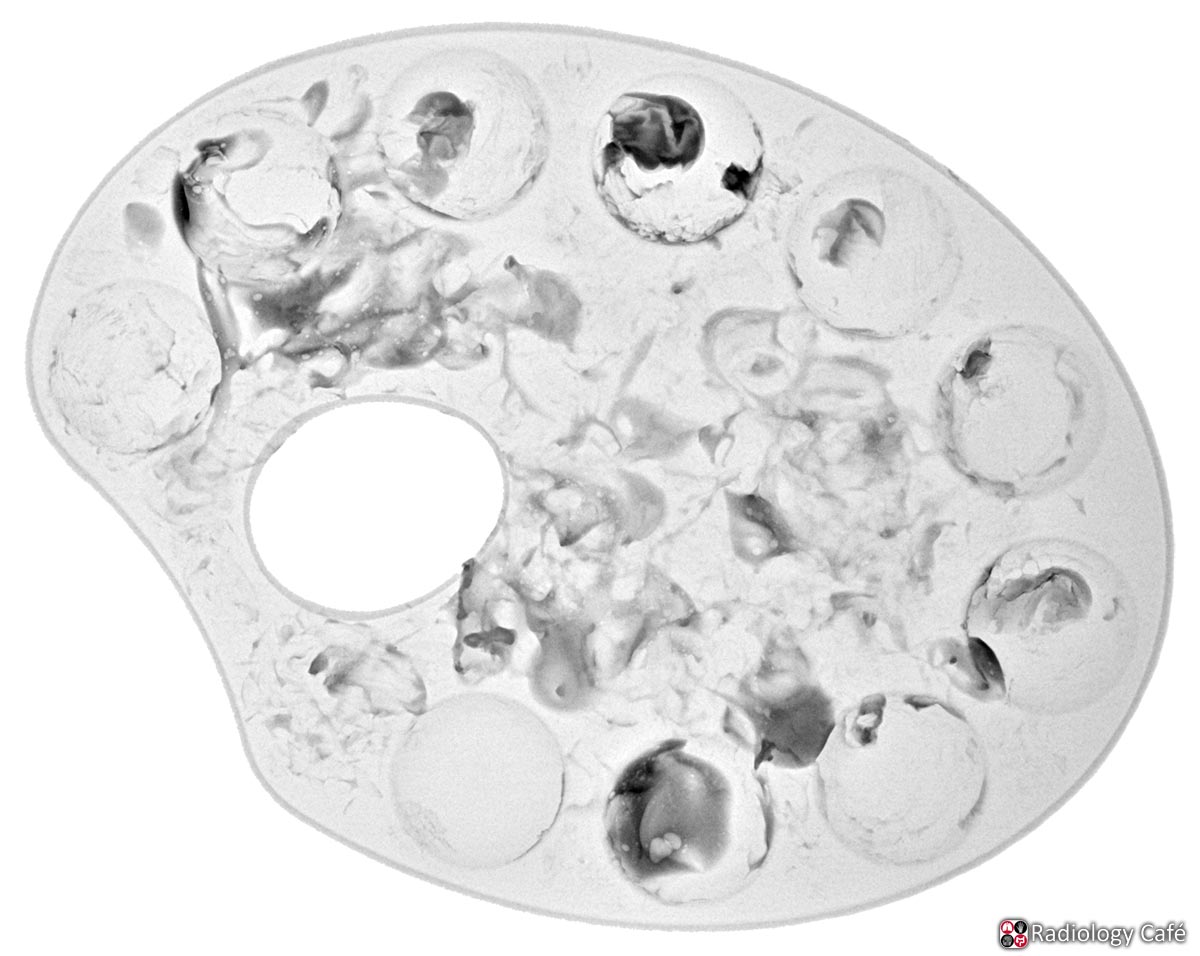 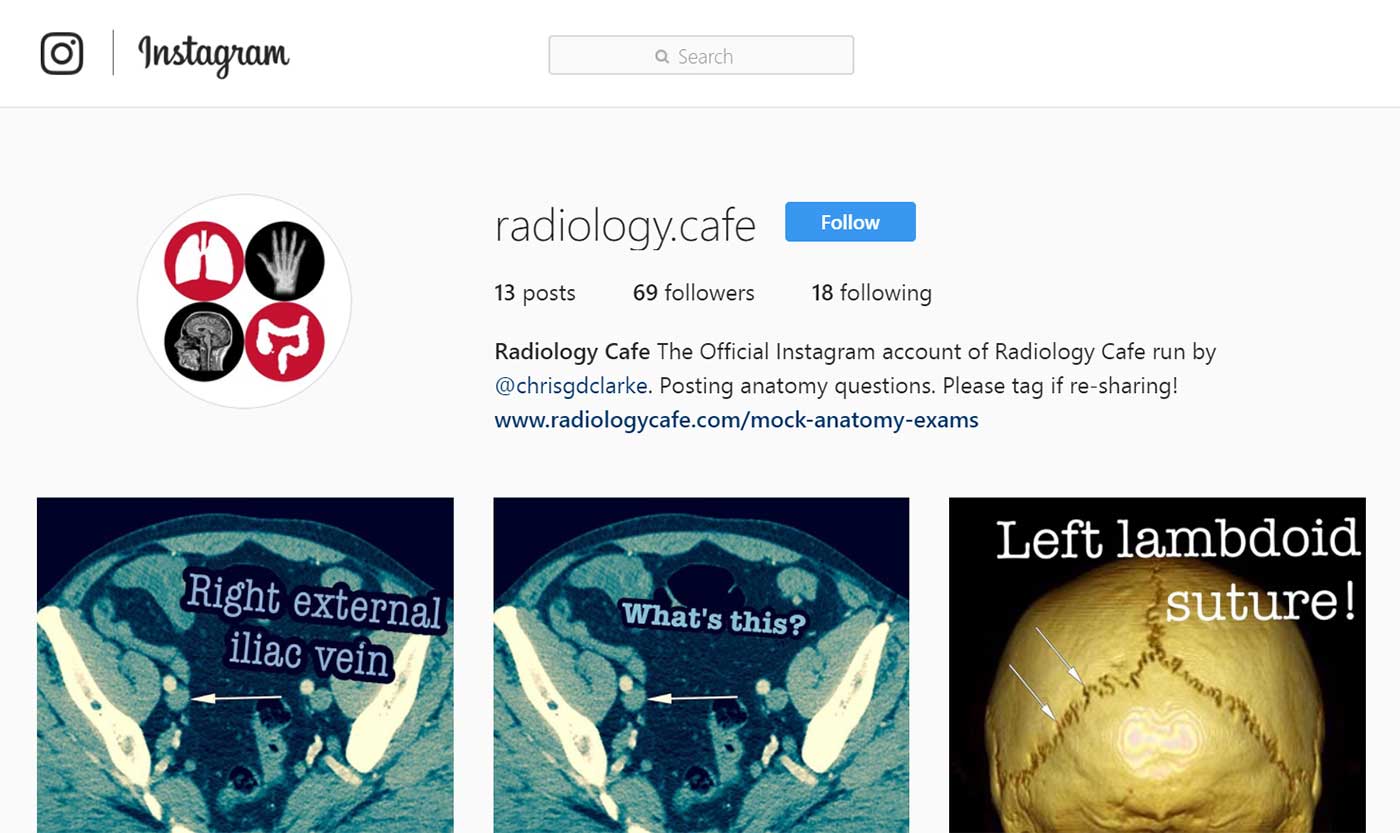 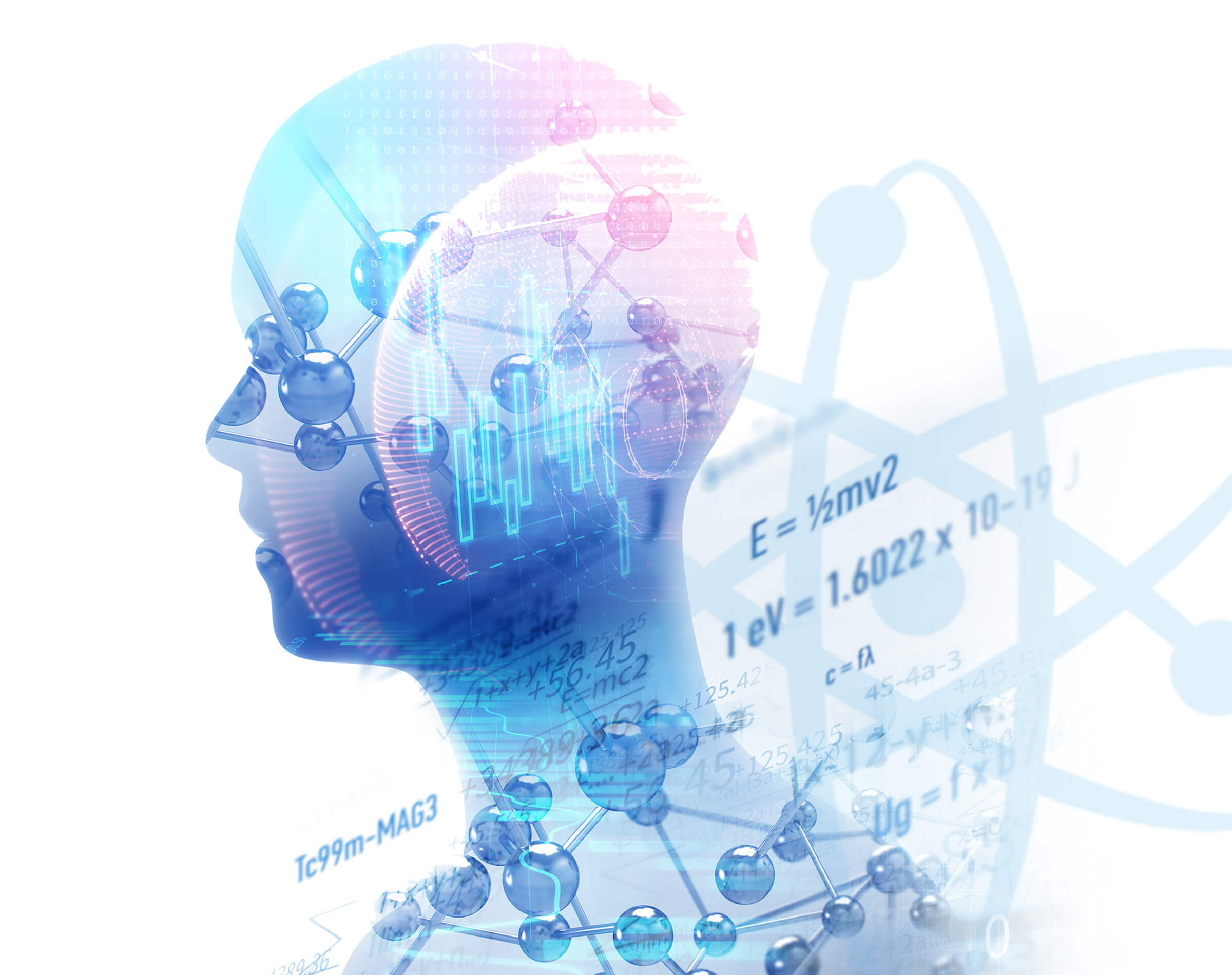 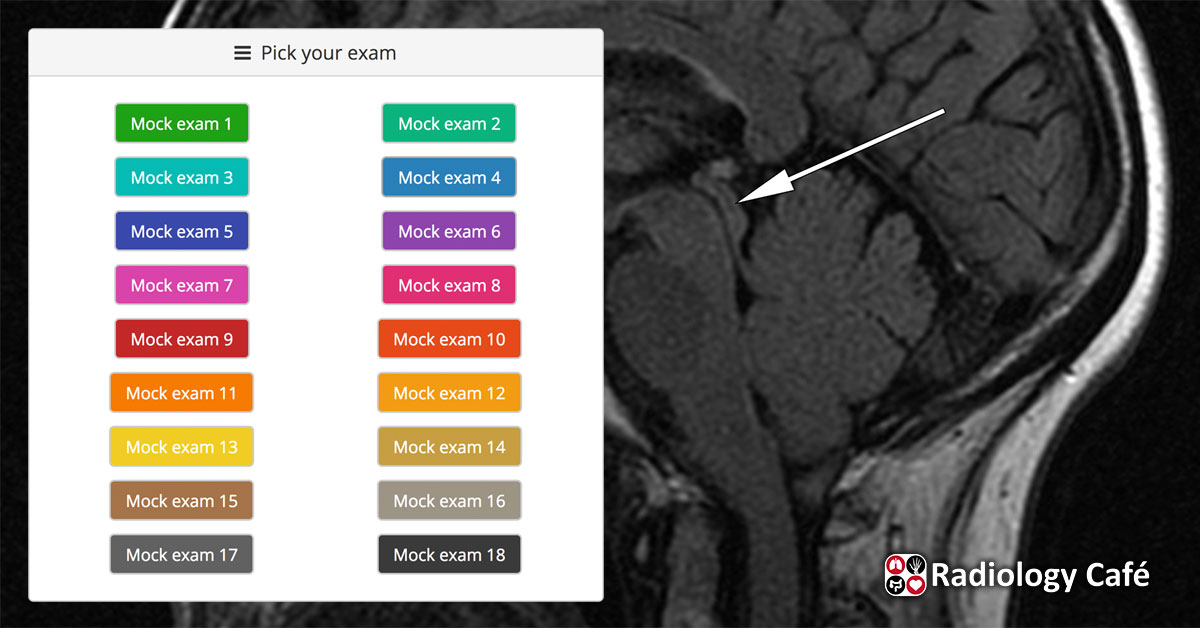 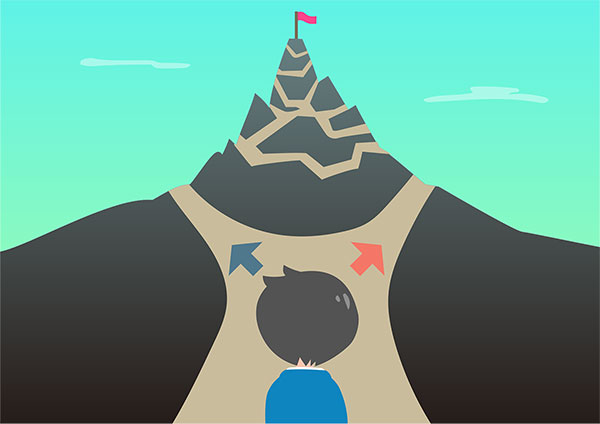 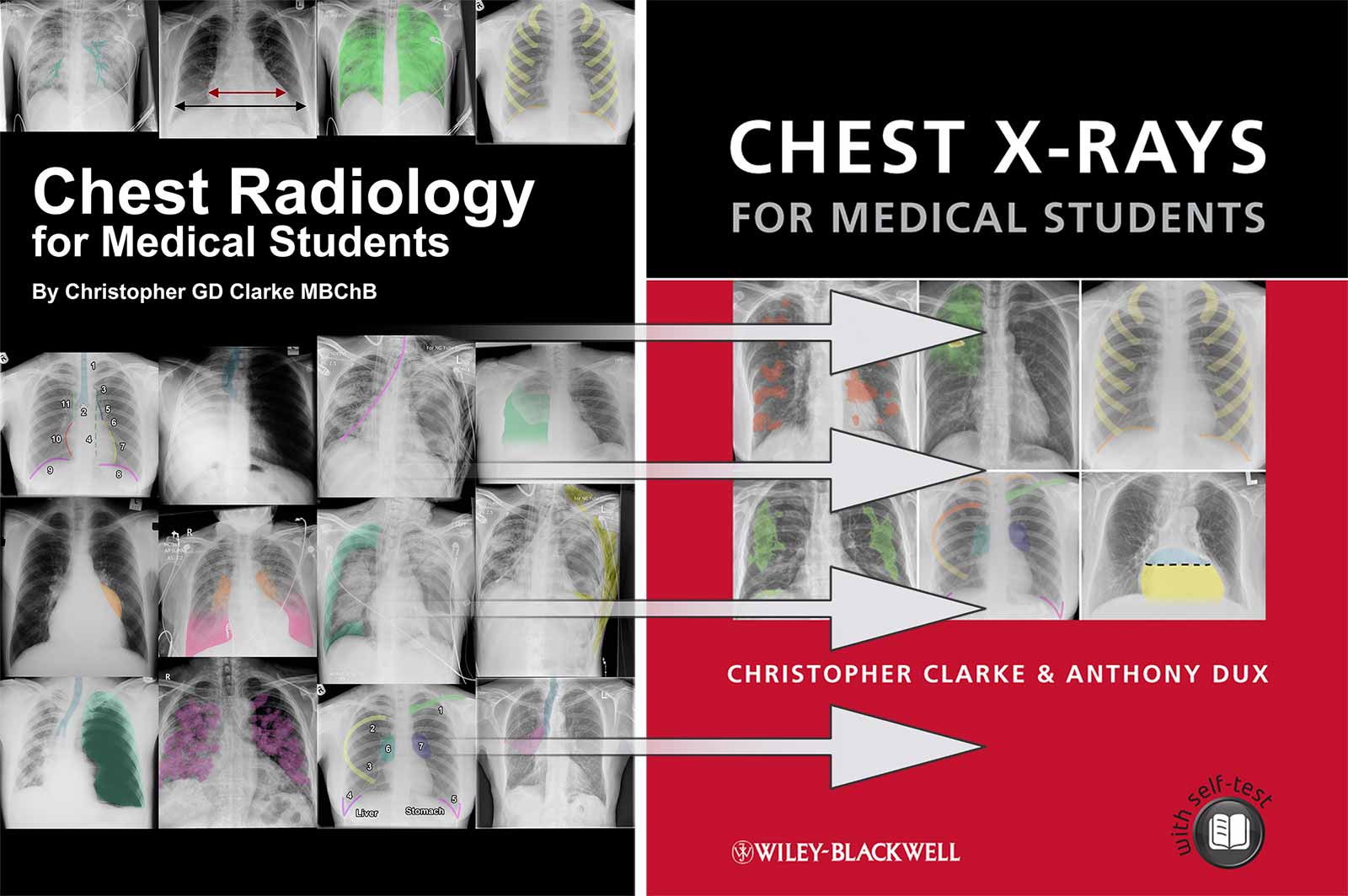 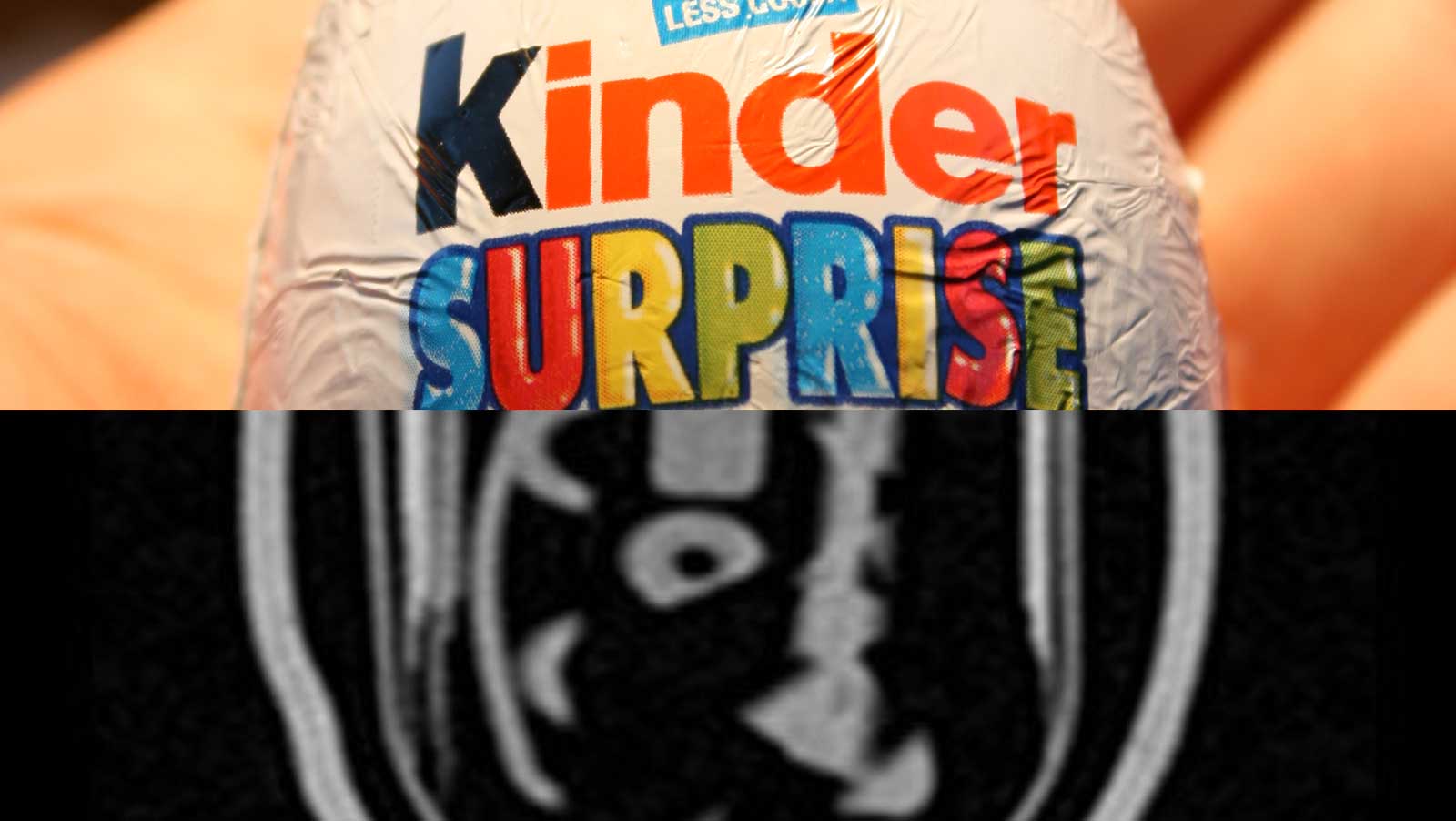 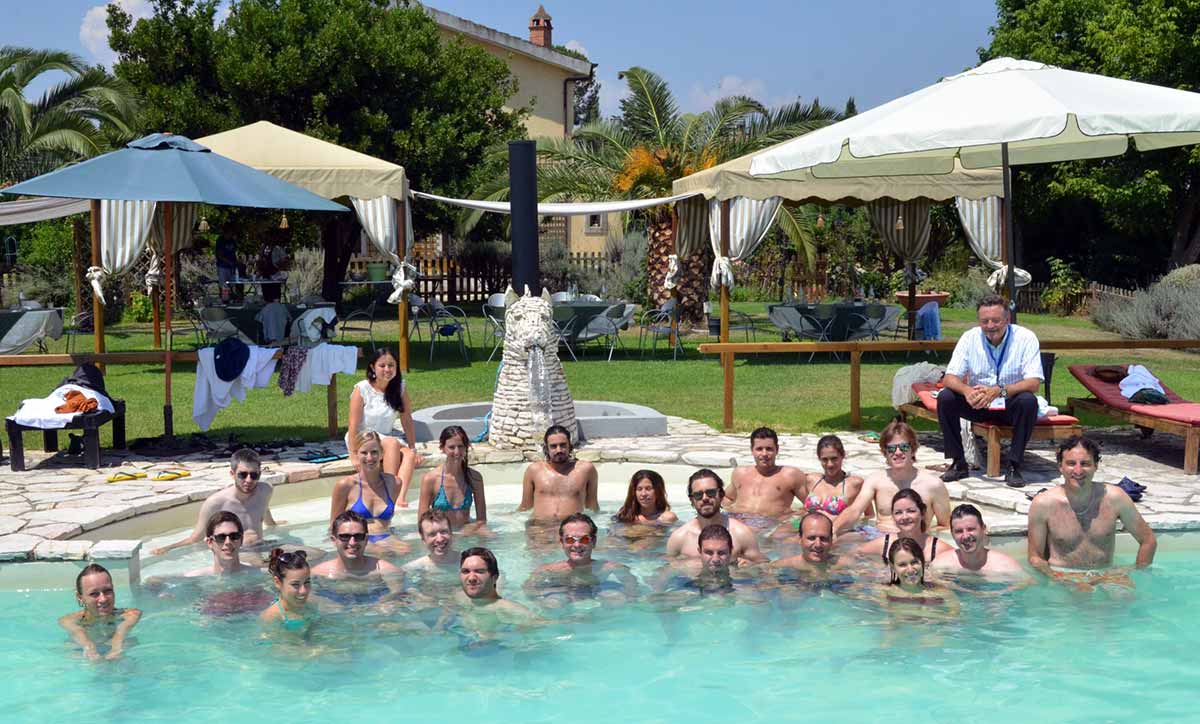 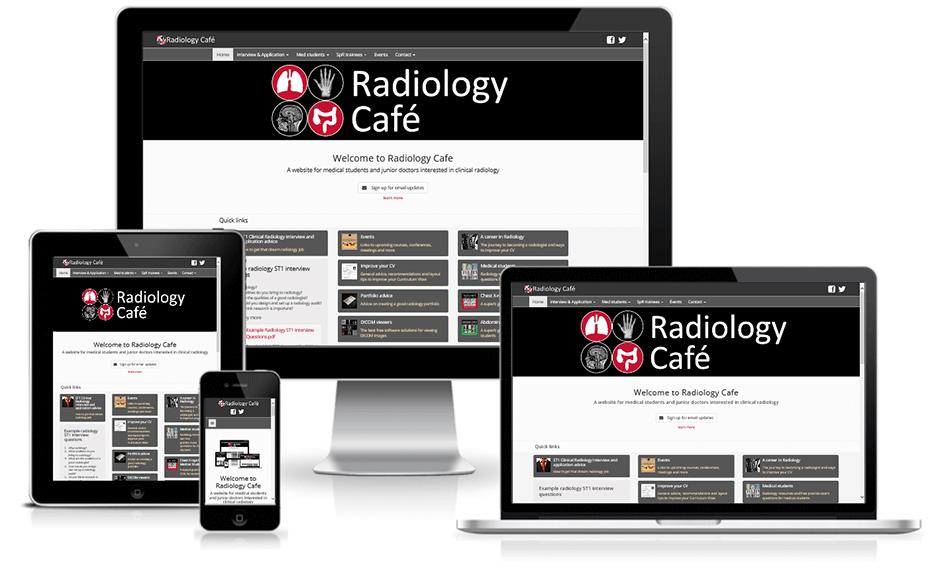 Why I became a Radiologist

There are many reasons to become (or not to become) a radiologist.  Here is one person’s experience from the USA.

During the first two years of medical school, I shadowed many different physicians during my scarce free time, trying to figure out what I would like to do for the clinical half of my career. I enjoyed all my experiences, from paediatric gastroenterology, to anaesthetics, paediatric cardiology and adult cardiology to name a few. I did not, however, enjoy shadowing a radiologist. It was boring!

I did not, however, enjoy shadowing a radiologist. It was boring!

I took time out of medical school to undertake a PhD which involved lots of microscopy and some radiology. Unlike looking at cells under the microscope, radiology allowed me to look at the entire body. I knew that I wanted to be familiar with medical imaging techniques in the future for research purposes, but at this point I still held on to the notion that clinical radiology was boring!

As my PhD work was finishing up, I started shadowing a paediatric emergency medicine physician. As it was summer there were a variety of presentations from broken bones, to teenagers who had drank something they probably shouldn’t have; many had stomach viruses and a few actually had appendicitis. I had fun seeing such a variety of pathology, so I thought I would get some experience in the adult emergency department. It was great seeing people with chest pain, stomach aches, foreign bodies in their eye, or problems with any organ, for which the emergency physician was knowledgable, but often had to turn to an expert for help. I loved the diversity, the pathology and the collaboration, and felt like this was the place for me to be to actually help people.

When my PhD ended I was thrown back into the clinical years, and while I enjoyed some aspects of being a general practitioner, I did not love the day-to-day of a clinic. I enjoyed doing my part to take care of sicker patients in the hospital, but often felt like what I was doing was less acute medical care, and more like accelerated primary care or even social work, adjusting diuretic dosing, arranging consultations, coordinating family meetings, or waiting for a bed to open up in a rehab facility. I thought back to the emergency department, and how there wasn’t this painful social work aspect. But I soon learned I was wrong.

(By the way, social work is great – my grandfather, an aunt, an uncle and at least one of my cousins are or were social workers. It’s just not my cup of tea.)

I was set on emergency medicine, and arranged my schedule accordingly so that the first month of my last medical school year was in the emergency department. I had a Friday night shift and was surprised to be working so closely with a social worker on a homeless patient admitted intoxicated with a broken bone, but otherwise entirely well. Then there was the demented nursing home resident, who hadn’t had a bowel movement for days and wasn’t acting herself, and the nursing home wouldn’t take her back until she was fixed (her constipation was an easy fix, but it was a hard sell to get them to take her back so soon). Then there was the patient who came in at 4 AM because her neck hurt after sleeping on it funny, but she just wanted to be sure that she didn’t have meningitis, and she wanted pain meds. The more I worked in the emergency department, the more I realised that emergency medicine practitioners primarily do non-emergency medicine.

There was another experience that really changed my outlook. During a big storm, there were issues with getting lab and radiology reports onto our computer system. The attending emergency medicine physician would not discharge a patient until the laboratory and radiology reports came in. I began to start questioning my clinical career trajectory.

Although I had signed up for radiology for my second month as a final year medical student (thinking it would help me as an emergency medicine physician), it ended up being a turning point. I watched with awe the ability of radiologists to pinpoint the patient’s pathology.

I almost didn't want to admit that I enjoyed radiology!

I saw how being a radiologist is like being a medical Sherlock Holmes, observing details and patterns and making a coherent story sometimes from only a single image. Sure, there were plenty of negative studies, but there were also studies on some of the sickest patients in the hospital. There was not, however, adjusting diuretic doses, or working with social workers on which rehab facility the family would or wouldn’t accept, or the smells of a “code brown,” or worse, the dreaded “code green, yellow AND brown.”

I almost didn’t want to admit that I enjoyed radiology! I sat down to write a personal statement on why I would make a great emergency medicine physician. After three revisions, none of which were appealing, I decided to try to write my radiology personal statement and just like that, I realised I should be a radiologist! I am 100% satisfied with my decision, and met numerous other non-radiologists during my intern year who were jealous of my decision.

Radiologists are detail-oriented yet big-picture physicians. They tend to be unseen leaders, with many healthcare professionals placing more trust in the radiologist’s report than their stethoscope or physical exam. Radiologists are teachers and often explain the patient’s pathophysiology to other physicians. They have the potential to add value to nearly any diagnostic dilemma (at least those dilemmas that are more than skin deep – sorry dermatologist, but we generally can’t help you differentiate rashes).

These are just some of the reasons I enjoy radiology.

There were also a few concerns I had going in to radiology so I thought I’d cover them here.

Should we worry about machine learning taking over the job of a radiologist?

I don’t think so. During my intern year, I attended a meeting discussing how we could improve patient flow in the emergency department when those patients could be having cardiac ischemia. There were three physicians (two emergency medicine physicians and myself), a few nurses, and a bunch of administrators. One idea encouraged by two of us physicians was to not require the physician to attend to every ECG that the computer read as “normal” on every patient in the middle of whatever else they were doing (literally, we had ECG technologists bringing the ECGs into the trauma bay to have the attending physician look at mid-resuscitating a patient!). One of the doctors and many of the others in the room didn’t care, even with us two citing studies about how a computer might over-call normal as abnormal, but the machine only calls things normal if they are text-book normal. Their responses were “I’m not going to trust a life to a machine.” (Never mind the mechanical ventilators, intra-aortic balloon pumps, defibrillators and other “machines” that the critical care unit uses to sustain life). Maybe in the remote future, machine learning will make radiologists obsolete, but radiologists are safe so long as truck and bus drivers continue to have employment. If you are worried about robots taking over the world, radiology may not be for you.

There is concern that radiology could be outsourced. While this is a legitimate concern for many minimalists or doomsayers, so long as you are better in whatever way (be it skill, knowledge, professionalism, personality, etc) to the referring clinicians than the others, the clinicians will want to hear your opinion. I see it frequently, where the referring clinician or surgeon wants to hear specifically what Dr X, Y or Z’s radiology report was. Additionally, the number of image-guided procedures is only going to grow, and those will be tremendously difficult to outsource. If you are lazy or not very sharp and don’t think you could prove your worth or add value to the clinic or hospital, then radiology isn’t for you.

How do you stay awake? Isn't it easy to fall asleep in the dark room staring at the computer?

Actually, I don’t drink coffee or tea, and despite having a baby that ensures I never get a good night’s rest, I never have issues staying awake. It’s not like radiologists are just sitting there twiddling their thumbs in a dark room – they are mentally engaged in a hunt for pathology, making reports, answering phone calls, and going over studies with curious clinicians. If you have fallen asleep in the middle of something you are mentally engaged in – playing an instrument, or a phone conversation, then maybe radiology isn’t for you.

I know people joke that they are not, but I feel more like a real doctor and less like a glorified clerk as a radiologist compared to my time on the medical wards. After all, other doctors only get radiology studies if there is perceived or real pathology, so we routinely see more pathology per patient than clinicians. Additionally, who do clinicians and surgeons seek help or advice from? In the past pathologists may have had the role, but radiologists are now the “doctor’s doctor.” If you have a need to be seen and praised for your work, radiology isn’t for you.

I vowed to never try to persuade anyone into my specialty because I disliked feeling coerced into other specialties as a medical student. But I will say that multiple surgery residents, multiple emergency medicine physicians, and my brother (an internal medicine resident) all have said they wish that they would have given more thought to radiology.

This article was written by Dr Michael Larson (MD PhD), a post-graduate year 2 radiology resident at the University of Arizona / Banner University Medical Center Medical Imaging Department in Tucson, Arizona, USA, at the time of publishing.