Have a go at answering the questions below.  Don’t worry if you get any wrong – after clicking ‘Check Answers’ the correct answer will be highlighted in green! 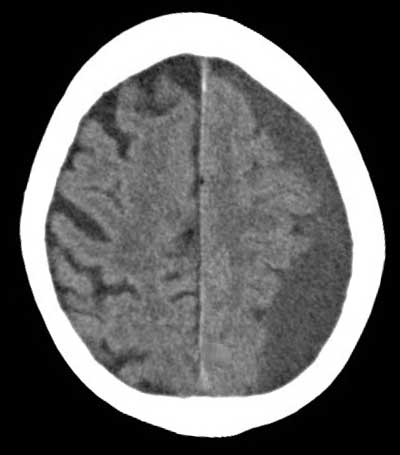 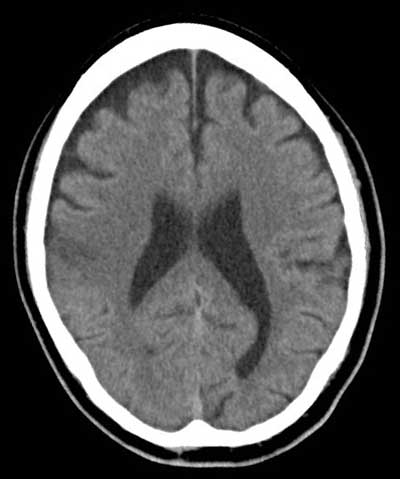 2. What is the main pathology? 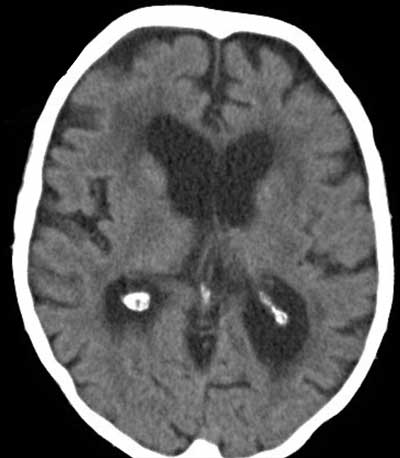 3. What is the main pathology? 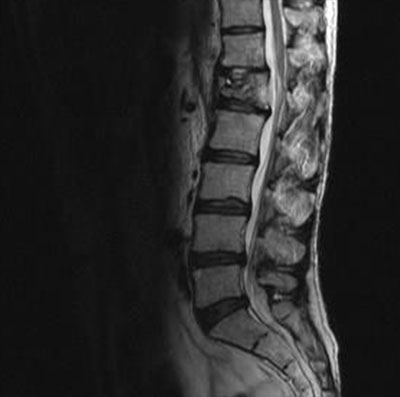 4. What is the main pathology?

1. Type of haemorrhage?
There is a large crescent-shaped density in the left cerebral hemisphere. It is dark in colour.
Crescent = Subdural
Dark = Chronic

2. What is the main pathology?
There is a hypoattenuating area in the right frontal lobe (around the middle of the right cortical surface). There is loss of grey-white matter differentiation, and the density is only slightly lower than the surrounding brain tissue, indicating that this is most likely an acute infarct. The ventricles appear asymmetrical because the patient’s head was slightly tilted in the scanner.

3. What is the main pathology?
There is a degree of small vessel disease, most clearly seen next to the right lateral ventricle at the top of the image as an area of low attenuation. There is cerebral atrophy, evident by the widened sulci (the gaps between gyri) and the dilated ventricles. The bright areas within the ventricles are the choroid plexus, which have calcifications. This is a very common normal finding. An intraventricular bleed would generally settle at the dependent part of the ventricles. Ventricular enlargement due to hydrocephalus is generally associated with narrow sulci.

4. What is the main pathology?
There is a crush fracture of L1 vertebral body, with cortical break and significant loss of vertebral height. The spinal cord does not currently appear to be compressed, as the bright CSF signal on MRI T2 is still visible between the affected vertebral body and the grey cord immediately posterior to it. There is some high signal in the cord however, which could indicate cord oedema from injury to the cord.